Peter Hübner
Developer of the University

Nature’s Laws of
Harmony in the
Microcosm of Music

The Special Status of the
Ear in the Organism

The Ear as a
Medical Instrument

The Significance of the
Soul to Medicine

The Significance of
our Consciousness
to Medicine

The Significance of the
Soul to Human Evolution

The Future of Pharmaceutics

Application to the Academy

Intuitive Research of the Microcosm of Music

Our great classical sound creators then also pursued new intuitive methods, and their previous systematic inner realisation and application of the natural laws of harmony of the microcosm of music we nowadays call our “History of Music”. And musicology pursues the empirical scientific method with the help of large special laboratories. 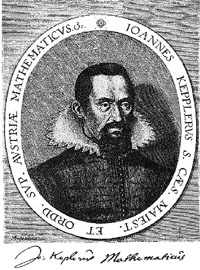 The famous musicologist and as­trono­mer Johannes Kepler also reaffirmed that the paths of the stars follow the same laws of harmony as the inner sound paths or developments in the microcosm of music. Indeed, Kepler even originally calculated the planetary orbits on the basis of his music theo­reti­cal findings.


Particularly in today's music, we must learn again to realise the democratic interplay of many rhythms. The natural microcosm of music does not know a rhythmical fixation or dictatorship of a certain nature – as, by the way, neither does the whole of nature.

Not even within an atom there seems to be structurally any kind of rhythmical dominance, but the influences of the individual oscillations seem to be continuously changing.

And if, for instance, every single of our human organs has its very own, but changeable rhythm – of which today's medical science has already recognised hundreds of different, changing basic rhythms – one still cannot talk of the rhythmical dominance of one of our organs compared to an other one, but in fast alternating change, sometimes this one, then the other one has the rhythmical dynamic upperhand.

“ ‘Natural’ music is music created intuitively ori­ented towards nature and in accordance with the laws of nature – mu­sic which originates in the composer and ac­cord­ingly in the in­ter­preter in unison with the laws of harmony and nature: completely play­fully and without any effort whatsoever.”

© 1998-  WORLD UNION OF THE ACADEMIES OF ACADEMIC EXCELLENCE